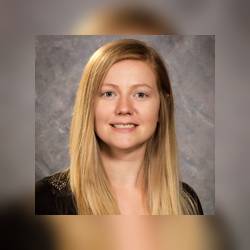 Stephanie Von Fange grew up in Madison Indiana. She received an Associate of Applied Science in Multimedia Graphic Design from Pikes Peak Community College and a Bachelor of Arts degree in Visual and Performing Arts from UCCS. While she will admit that she didn’t become passionate about the arts until her senior year of highschool. She equally admits that there is something addictive about “creating art.”

Prior to GOCA, Von Fange was Creative Director & Curator for Dream Catchers, curating exhibitions and events independently and with other galleries, such as Kreuser Gallery and The Machine Shop.  She has served as: an advocate for the Cultural Office of the Pikes Peak Region, a member of the MACnificient Fundraising Committee, an admin for the Pikes Peak Arts Council and a Juror for the Pikes Peak Community College Student Art show.

Stephanie joined the Galleries of Contemporary Art in 2016. She really enjoys working behind the scenes with all of the artists. While coordinating the installations of their work, she learns the details of their artistic practice and as well as their life experiences, personality and quirks. Stephanie says “these intimate experiences leave a lasting impression- my moments with these artists will impact me forever.”