Please submit by emailing theatreworks@uccs.edu with the following information in the body of the email and/or in the introduction of your video:

If you wish to be considered for Twelfth Night or The Tempest, please submit a piece in verse. Please note the productions that make have student matinee performances and only submit yourself for consideration for those production if your schedule will offer the flexibility for you to perform during school hours. If you wish to be considered for WITCH, please submit ASAP as rehearsals begin August 24 and the window for that production may be shorter. Deadline for WITCH submission is Friday, August 6, 2021. Deadline for all other productions is Friday, August 27, 2021.

Sir Arthur’s son, painfully shy, a morris-dancer. He is secretly in love with Frank (and also in hate.)

by Duncan MacMillan, with Jonny Donahoe

Narrator/Sam: Any age, race, ethnicity, gender, physical expression, and/or abilities. They are kind, curious, approachable, and have an easy sense of humor. They are all of us, on any given day at any point in our lives. They must be highly comfortable with direct audience interaction and engagement.

All characters are Puerto-Rican; we intend to cast entirely with actors of the Latin diaspora. All actors should be excited about heightened language and direct address to the audience.

adapted by Lydia Diamond from the book by Toni Morrison

All actors in this production must identify as Black/ African-American. The children are played by adults. Cast of characters from (from the playwright).

CLAUDIA: Precocious, sensitive girl. She must be able to move gracefully between the innocence of youth and the wisdom of the narrator who has lived through it all. Dexterity with direct address a must.

PECOLA: A shy, quiet, resigned and somewhat pained presence. She should be completely innocent. So much happens in Pecola’s eyes. We must love her and want to take care of her, but not pity her. Perhaps there is a certain quiet pride that won’t let us tip over into pity. It is imperative that she have very dark brown skin.

MAMA She possesses a large imposing presence. She loves her children and this should be evident despite her stern manner (will play a few other characters)

MRS. BREEDLOVE: An older version of Pecola, also dark brown. Painfully shy and insecure, and still very adept at addressing the audience. (will play a few other characters)

Twelfth Night will be a riotous and joyful exploration of love, gender, and how we play (or not) by the rules. We encourage actors of all races, ethnicities, identities, and abilities to audition for the roles they are most interested in. While we have noted the genders of the characters below, decisions about character gender will be made during the casting process and are not set in stone. M = Male-identifying, F = Female-identifying, NB = Non-binary, ALL = actors of all genders encouraged to audition and/or the gender of the character will depend on the identity of the actor cast.

ORSINO (M) 20s-40s — The lovesick Duke of Illyria. He’s listened to too much emo music and read too much Keats and is therefore lacking a real-world understanding of how love works. Myopic but compassionate, he’s actually doing his best.

VIOLA (F/NB) 20s-30s — Sebastian’s sister, who disguises herself as Cesario, a boy in service of Duke Orsino, after losing her brother in a shipwreck. A girl in mourning, who falls head over heels for Orsino, and who might be discovering she’s more excited about life as Cesario than she expected. She’s got a lot going on, but she’s a quick thinker, so she’s hoping she can think her way out of it.

SEBASTIAN and others (M) 20s-30s — Viola’s brother. Jumps into things with both feet. Confident, brave, and a little naive.

ANTONIO (M)/ MARIA (F) and others (ALL) 20s-40s — When you are the smart, practical one surrounded by agents of chaos. Sometimes you use your powers for good, and sometimes you don’t. The actor cast in this track will be playing characters of two different genders.

SIR TOBY (ALL) 30s-50s — Sir Toby drinks a lot, but then again, most people they love have died recently. Looking for fun in all the right and wrong places. Starting to lose the guardrails.

SIR ANDREW (ALL) 30s-50s — The unluckiest in love. The sweetest clown in town.

MALVOLIO (M) 40s and up — Believes that moral rectitude and an upright life should result in earthly rewards. Abhors mess of any kind. Rules are his best friend.

FESTE(ALL) 30s and up — A cynical Fool. Sees through all the illusions and kind of wishes they could go back to a time when they didn’t. A musician and singer is needed for this role.

OLIVIA (F) 20s-40s — A highborn lady constrained by her position. In deep mourning. Has no idea what to do with her life and isn’t even sure she’s allowed to ask that question. Extremely tired of wearing black.

Seeking theatrical artists of all skills (including musicians and puppeteers) to join an ensemble of 3 theatre artists telling winter tales for the young and young at heart. We encourage actors of all races, ethnicities, identities, genders, and abilities to audition for the roles they are most interested in.

FREE FOR ALL: Tempest (Non-equity School and Community Tour)

Seeking a cast of 7-8 actors in a 75-minute adaptation of The Tempest. Each actor will learn two tracks in a highly physical work. Gender is fluid. Excitement about and experience with: direct address, community and youth audiences, heightened language, highly physical acting work, and comedy are all a plus. We encourage actors of all races, ethnicities, identities, genders, and abilities to audition for the roles they are most interested in. 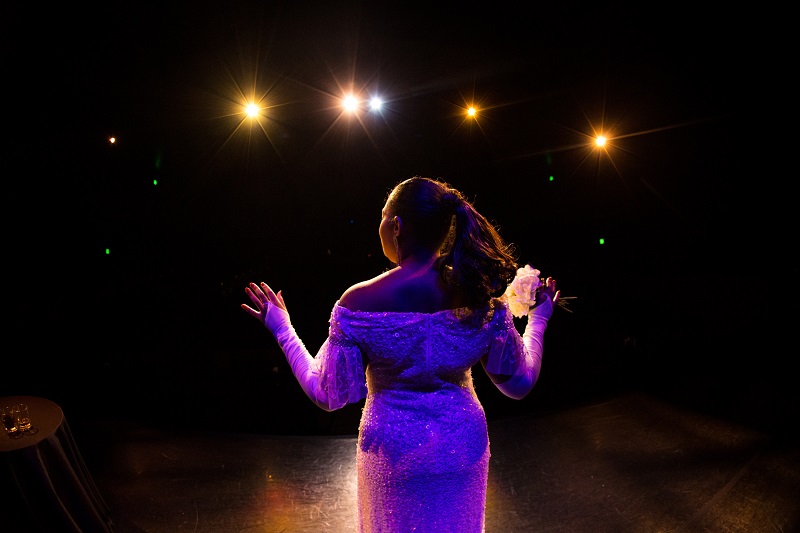