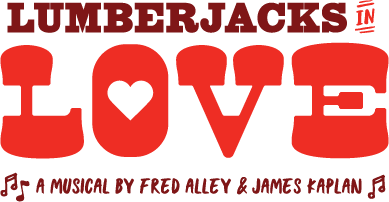 Five lumberjacks live in semi-unwashed bliss, at a remote lumber camp where each day is like the one before—until the arrival of a mail-order bride upends their idyll and shows that maybe all was not as it seemed. Six actors play all their own musical instruments—from piano, to washboard, to upright bass—in this silly, slaphappy, flannel-clad, family-friendly treat.

Directed by Artistic Director Caitlin Lowans, with music direction by local favorite Jerry McCauley, Lumberjacks in Love promises a heart of gold wrapped in layers of cross-dressing, mistaken identities, romantic entanglements, high-country hijinks, and of course more flannel than Breckenridge in September. It's the best musical you’ll see about Lumberjacks this year, featuring perhaps the only song you’ll ever hear about “a buncha naked lumberjacks chopping down trees.” Don’t miss out!