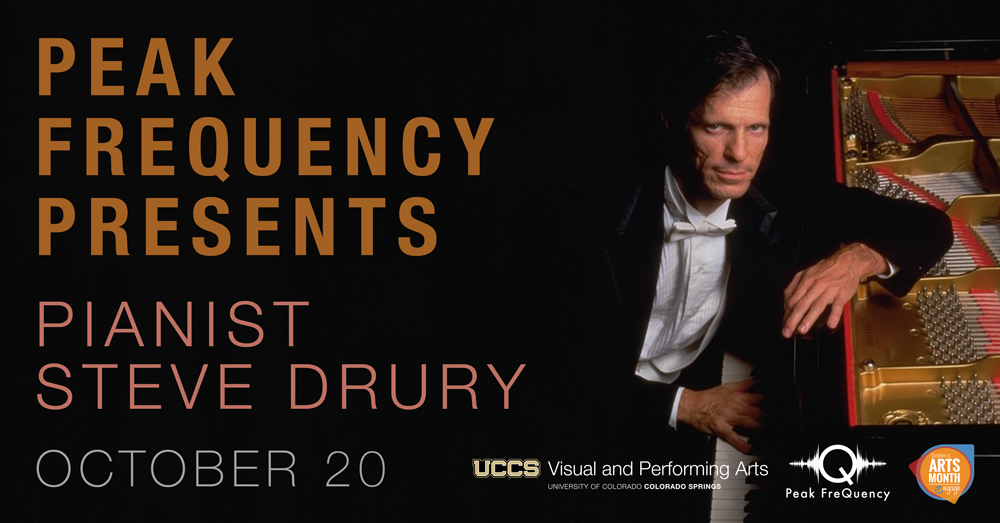 Don’t miss this rare opportunity to hear legendary piano soloist Steve Drury perform the iconic Concord Sonata by one of the American Masters of composition, Charles Ives, along with a new work by Louis Karchin, and staple of the repertoire by Frederic Rzewski.

“Drury’s performances were magisterial, and each note was a sounding point of light…”
Boston Globe

Stephen Drury has given performances throughout the U.S., Europe, Asia, and Latin America, soloing with orchestras from San Diego to Bucharest. A prize winner in several competitions, including the Concert Artists Guild, Affiliate Artists, and Carnegie Hall/Rockefeller competitions, his repertoire stretches from Bach, Mozart, and Liszt to the music of today.

The U.S. State Department sponsored two concert tours that enabled him to take the sounds of dissonance to Paris, Hong Kong, Greenland, Pakistan, Prague, and Japan. He has appeared as conductor and pianist at the Angelica Festival in Italy, the MusikTriennale Köln in Germany, the Spoleto Festival USA, the Britten Sinfonia in England, as well as at Tonic, Roulette, and the Knitting Factory in New York. Drury has also performed with Merce Cunningham and Mikhail Barishnikov in the Lincoln Center Festival, at Alice Tully Hall as part of the Great Day in New York Festival, with the Boston Symphony Chamber Players, and with the Seattle Chamber Players in Seattle and Moscow.

A champion of 20th-century music, Drury’s critically acclaimed performances range from the piano sonatas of Charles Ives to works by John Cage and György Ligeti. He premiered the solo part of John Cage’s 101 with the BSO and gave the first performance of John Zorn’s concerto for piano and orchestra Aporias with Dennis Russell Davies and the Cologne Radio Symphony. He has commissioned new works from Cage, Zorn, Terry Riley, Lee Hyla, and Chinary Ung. Drury has given masterclasses at the Moscow Tchaikovsky Conservatory, Oberlin Conservatory, Mannes Beethoven Insitute and throughout the world, and served on juries for the Concert Artist Guild and Orléans Concours International de Piano XXème Siècle Competitions.