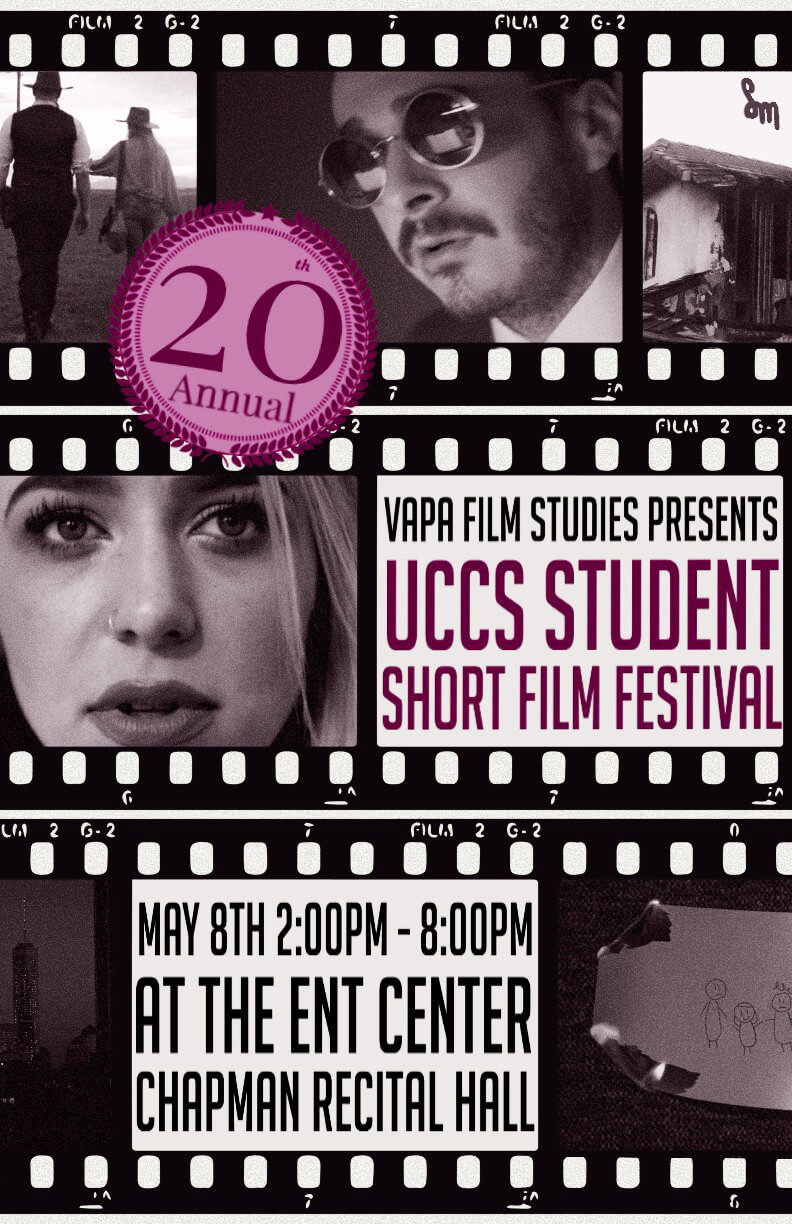 The Annual Student Short Film Festival will celebrate its twentieth year as one of the longest running student produced university film festivals. Only last year’s cancellation due to the pandemic and the decision not to hold a virtual festival interrupted this tradition of presenting and awarding the best short films UCCS has to offer. Presented by the VAPA Department film program and welcoming student filmmakers and film scholars from across the campus, the festival will return live to the Chapman Foundations Recital Hall at the Ent Center for the Arts on Saturday, May 8th. It will serve as a concluding gala event of the Visual and Performing Arts Spring Festival, celebrating the return of live (albeit socially-distanced and masked) performances and exhibitions.

The program will feature the awards for films submitted in the categories of Best Drama, Comedy, Documentary, Experimental Film, and Horror/Thriller/Fantasy, selected by secret ballot of an all-student jury. Concluding the evening will be two acting awards, Best Performance and Best Supporting Performance, and the always unpredictable and exciting Audience Choice Award for Best Film. Esteemed faculty members from VAPA Arts will again honor the proceedings as presenters of the awards. This is a special moment for all involved, as entries over the past twenty years have also gone on to be named an “official selection” and even winner at national and international film festivals.

This event is free and open to the public. For more information contact John Colon at jcolon2@uccs.edu.